The answer is c) 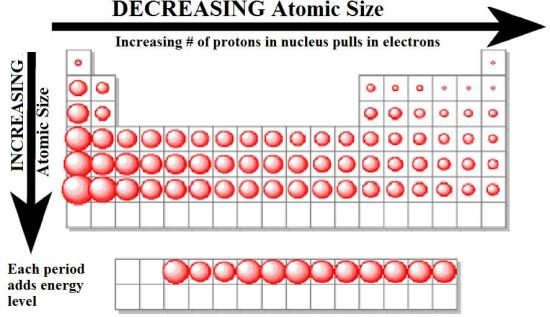 Using these guidelines you can easily maneuver through the options given to you.

Option a) is eliminated because cesium is a massive atom when compared with neutral manganese - the former is located two periods further down the periodic table than the latter (period 6 vs. period 4).

Option b) is eliminated because the lithium cation, , is not bigger than the neutral lithium atom. Moreover, radium is the largest of the three, not the smallest.

Option d) is incorrect because the cromium atom is not smaller than the cation. Moreover, the calcium atom, being located further to the left of cromium, is the largest of the three.