Why is the respiratory system important to cellular respiration?

It provides the cells with oxygen 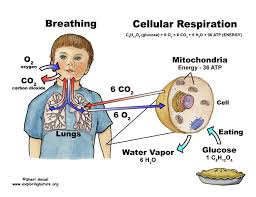 In cellular respiration, oxygen and glucose react to produce water and carbon dioxide. Oxygen is essential for aerobic respiration (the main type of respiration in humans).

The respiratory system supplies the cells with oxygen for respiration. When you breathe in, oxygen enters your body through the nose or mouth then travels through the pharynx and larynx (the pharynx separates into the larynx for air and oesophagus for food) into the trachea then through the bronchi. The bronchi split into secondary and tertiary bronchi then into small bronchioles and finally end in tiny alveoli. It is here that the oxygen diffuses into the bloodstream ready to be delivered to your cells. 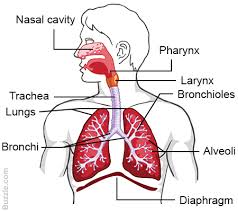 Cellular respiration is almost always aerobic (in the presence of oxygen) but occasionally, during vigorous exercise, anaerobic may be relied on. This is a less efficient way, as instead of fully breaking the glucose down into water and carbon dioxide, it is only partially broken down into lactic acid. This produces less energy and can lead to an oxygen debt (where breathing and heart rate increases to oxidise the lactic acid).

If you want to know more about the respiratory system, this is a great video to watch: