The difference in electronegativity between carbon and hydrogen is small enough that the bond is considered to be a nonpolar covalent bond.

This implies that the bonding electrons are shared almost equally between carbon and hydrogen, no significant separation of charge being formed on the molecule nonpolar molecule.

Even if the bonds were polar, the methane molecule would have been nonpolar because of its tetrahedral molecular geometry, which ensures that any possible bond dipole moment is cancelled out. 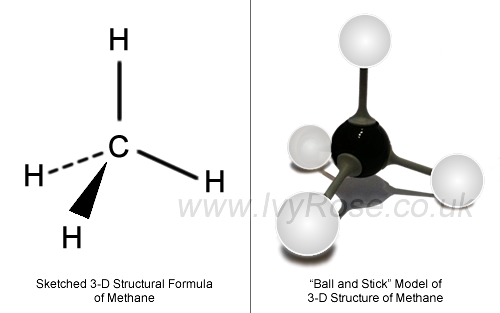 Since the molecule has no permanent dipole moment, the only intermolecular forces it exhibits are weak London dispersion forces, LDF.

New random partial charges are constantly being formed, the magnitude and orientation varying significantly from molecule to molecule.

Since they depend on random variations in the electron cloud distribution, these intermolecular forces are very short-lived and, as you would imagine, very weak.

1739 views around the world