The molecular geometry of this molecule is tetrahedral.

The molecular geometry of is identical to that of the phosphoryl chloride molecule, .

The only difference between the two molecules if the fact that phosphoryl chloride has three chlorine atoms bonded to the central phosphorus atom, instead of one chlorine, one bromine, and one fluorine atoms.

So, start by drawing the Lewis structure for your molecule. The molecule will have a total of 32 valence electrons, 5 from phosphorus, 6 from xoygen, and 7 from each of the three halogen atoms.

The bonds will account for 10 out of the 32 valence electrons. 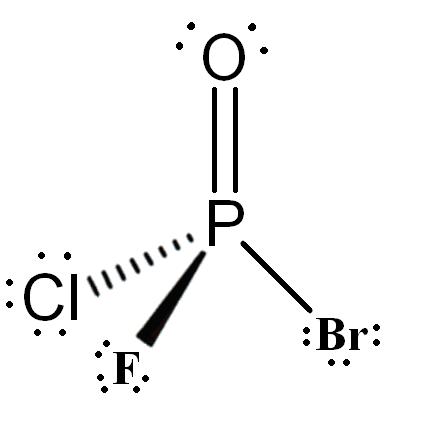 The rest of the valence electrons will be placed as lone pairs, two on oxygen and three on each of the halogen atoms.

The central atom is surrounded by four regions of electron density, one double bond and three single bonds, which means that it has a steric number equal to 4.

Since it has no lone pairs present, the molecular geometry will be tetrahedral. 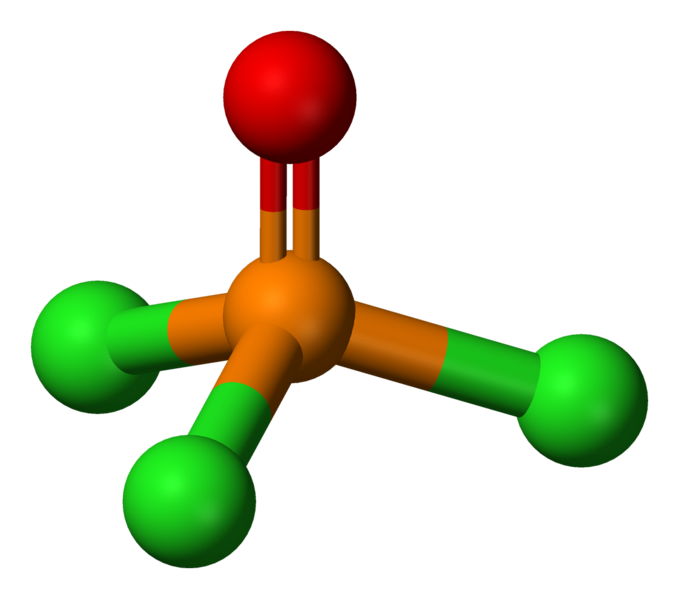 451 views around the world