It's always a good idea to start by drawing the Lewis structure of the molecule, this will give a good idea of what it's going on interms of molecular geometry.

Keep im mind that Lewis structures are not meant to convey geometry, the are just helpful in determining geometry!

In the case of chloric acid, , you can draw several valid Lewis structures called resonance structures. 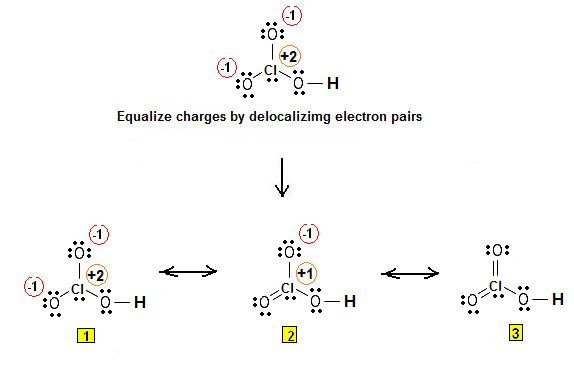 However, the molecular geometry will come out the same regardless of which Lewis structure you use, so I'll just pick one to make things clearer. 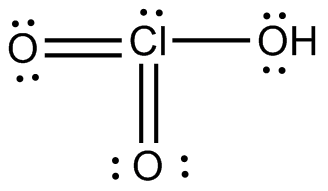 Notice that chlorine is bonded to three other atoms, all oxygen atoms, and that it has one lone pair attached, and so its model will correspond to .

The oxygen atom that has the hydrogen attached is also surrounded by four regions of electron density: two bonds, one to hydrogen and the other to chlorine, and two lone pairs of electrons.

Its model will thus be , which corresponds to a bent geometry.

Therefore, you can say that the chloric acid molecule has a trigonal pyramidal geomety for the chlorine atom and a bent geometry for one of its oxygen atoms. 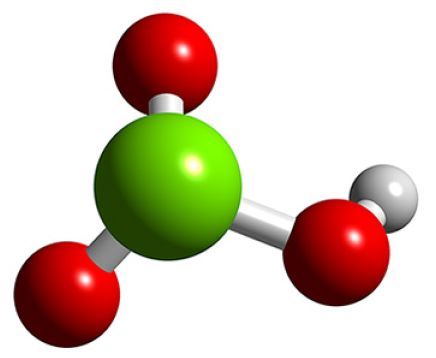 4470 views around the world