Explain the mechanism of the Michael reaction?

The Michael reaction is an addition reaction, usually of an enolate to an -unsaturated ketone (a conjugated enone), to form a diketone.

The case you're familiar with is this one:

where I've highlighted the molecular fragment that gets attached. The mechanism is a bit visually challenging, but it's not too bad: 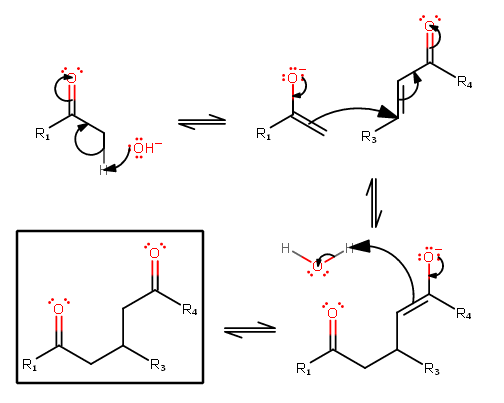 You can think of it as a variation on the aldol addition, where we've replaced the aldehyde with a conjugated enone. 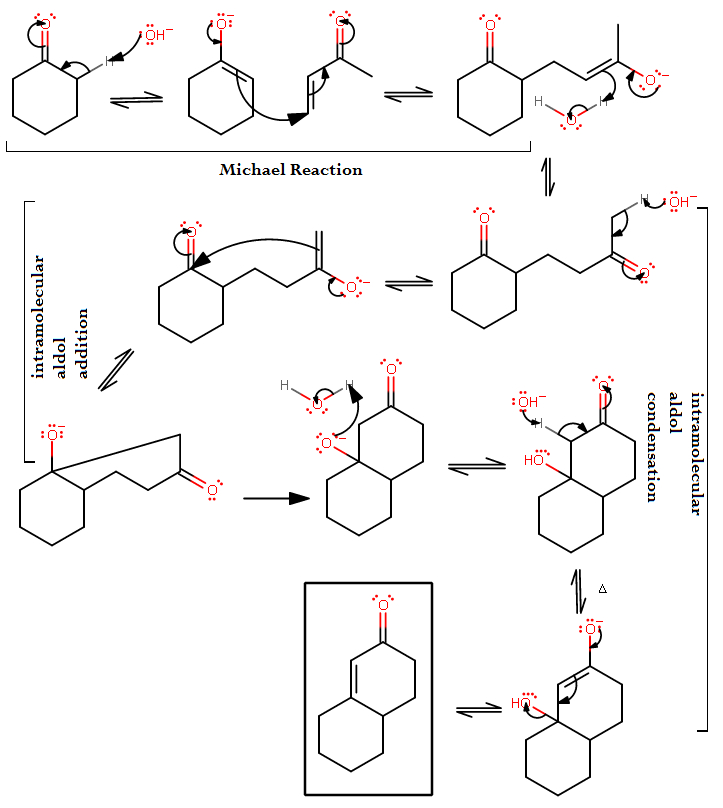 2311 views around the world