How does a covalent bond affect the stability of atoms?

It increases their stability; otherwise the bond is not favorable.

You should have seen a diagram similar to this one before: 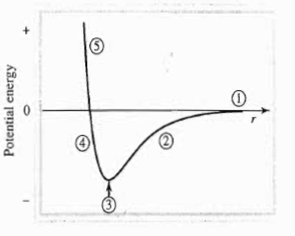 This depicts a general bond-forming process.

Thus, 3 is the most stable configuration, i.e. it is the location at which the equilibrium geometry can be established and at which there is the greatest possible amount of stability.

2718 views around the world