What is the meaning and explanation of each equation? ( wave function, probability density, radial distribution function) 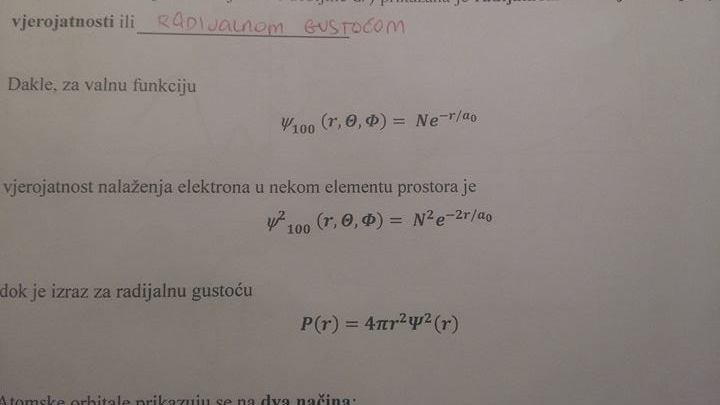 I was not going to answer because I am very rusty on this subject but nobody was answering so I tried...anyway take it with great caution!

If I remember correctly: 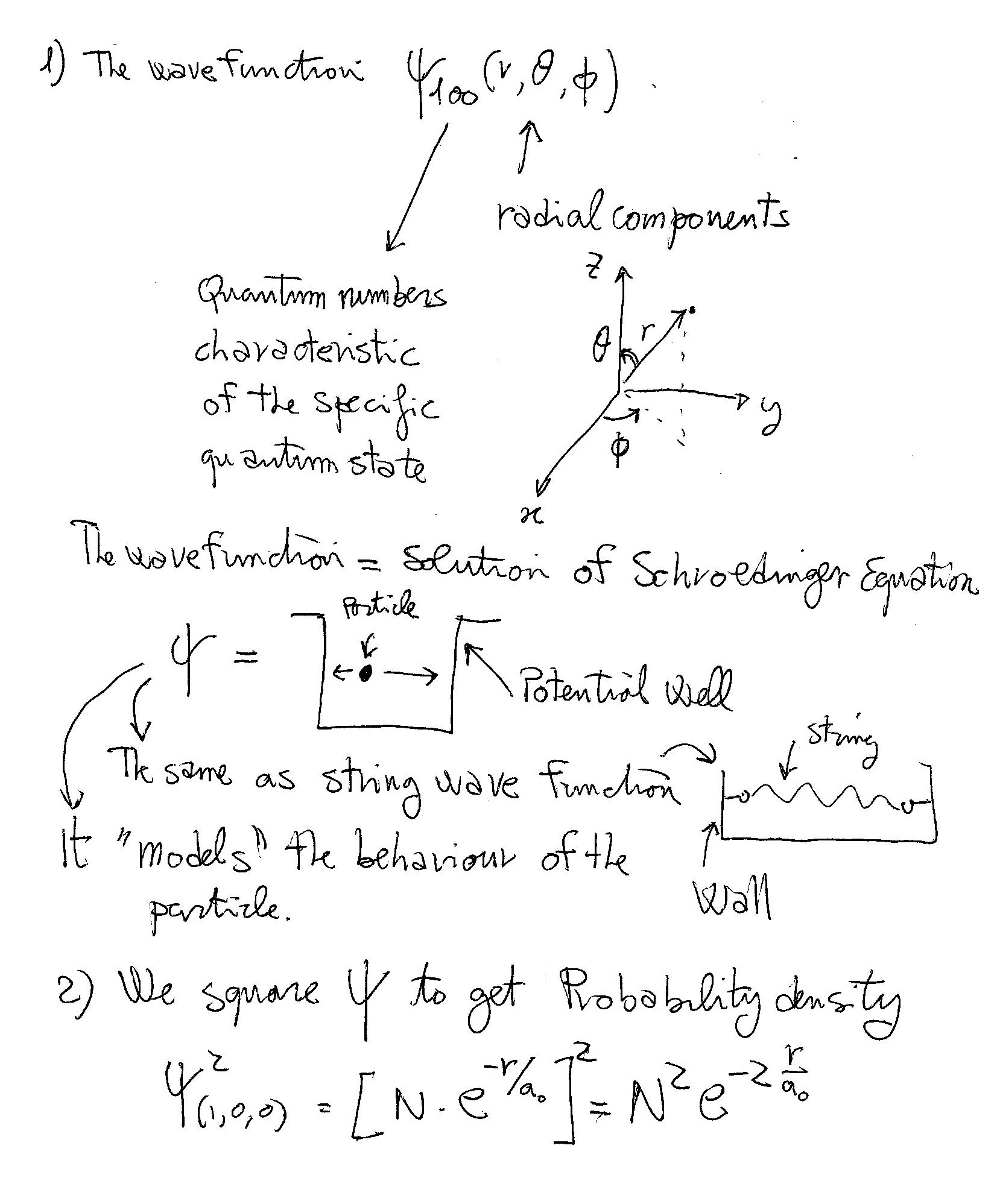 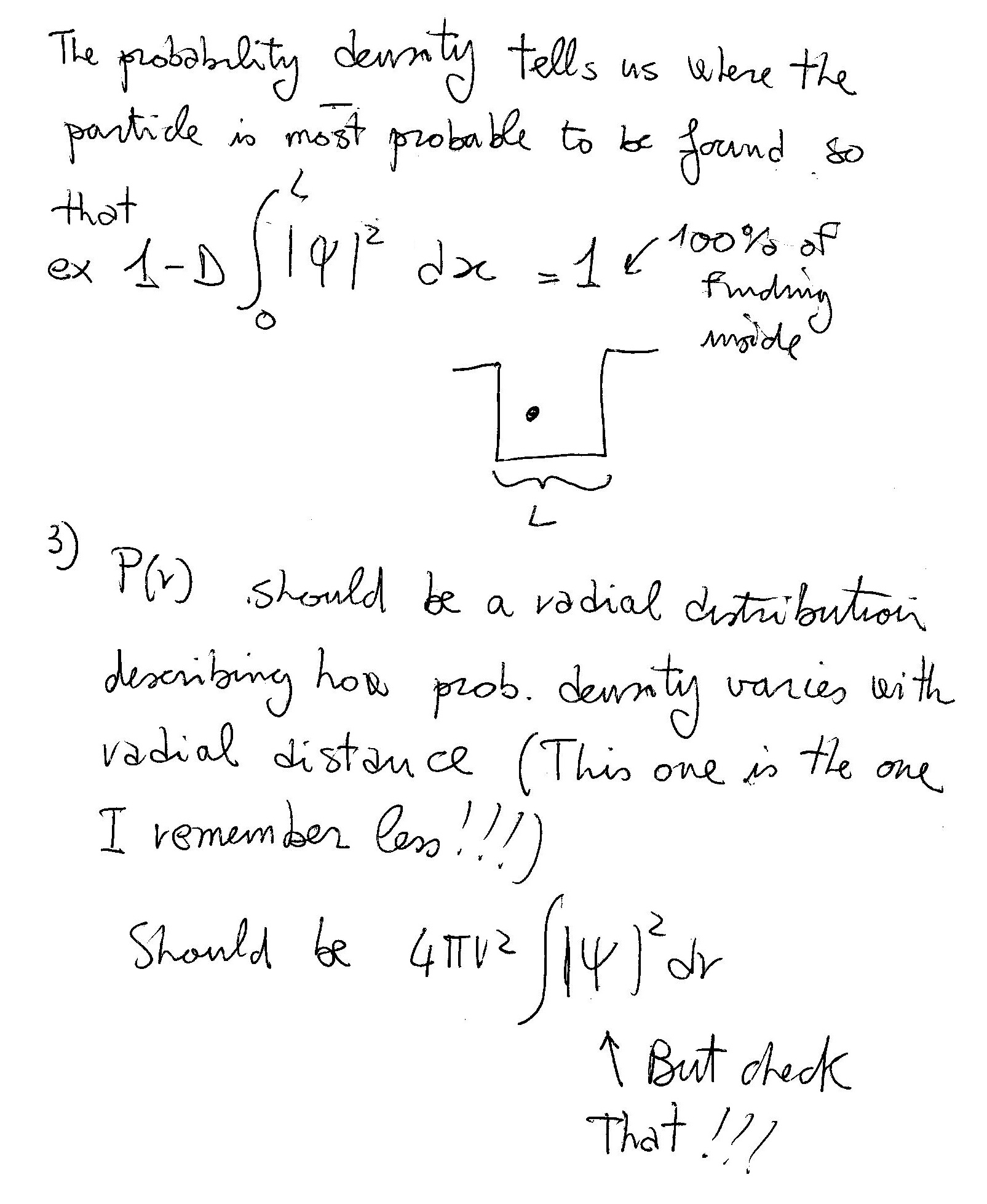 Schrödinger equation is a partial differential equation which describes how the quantum state of a quantum mechanical system changes with time.

Spherical coordinates are used to depict three dimensional space in terms of which give the radial distance, polar angle, and azimuthal angle respectively of any point in space, as shown in the figure below. Similar to rectilinear coordinate system , also shown.

This gives us three equations. The equation for each of the three variables gives rise to a quantum number and the quantized energy states of the hydrogen atom. These can be found in terms of three spatial quantum numbers:

Since there is only one electron in the hydrogen atom, only Principal Quantum number , is able to give us all the energy levels.
As such the wave function representing the ground state electron reduces to

where is Bohr's radius. is a constant
We need to remember that

It is interesting to note that probability of finding the electron at is not equal to . This is difference the between Bohr's atomic orbital theory and Quantum orbital theory.

As mentioned in 2. above we can calculate the radial probability distribution of locating the electron on all points situated on the surface of sphere of radius by multiplying by surface area of the sphere as 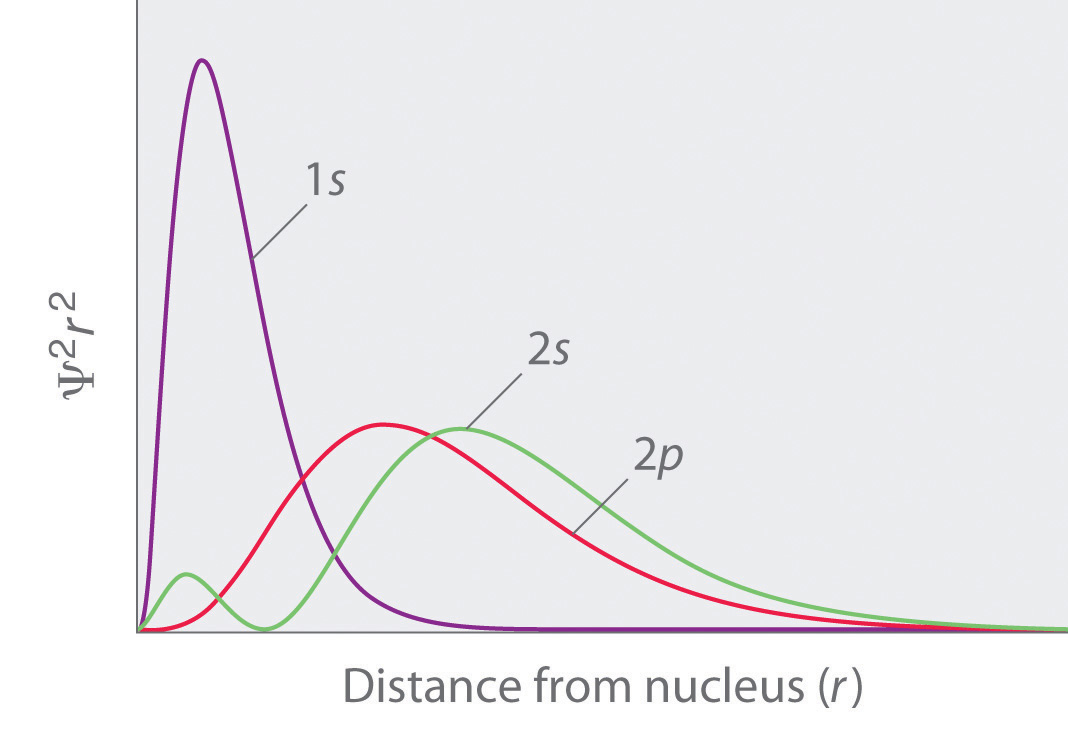 This is plotted as in the figure above. See 1s probability. Please note that function for other orbitals is much complex.

2057 views around the world