Because they are bulky and sterically-hindered. 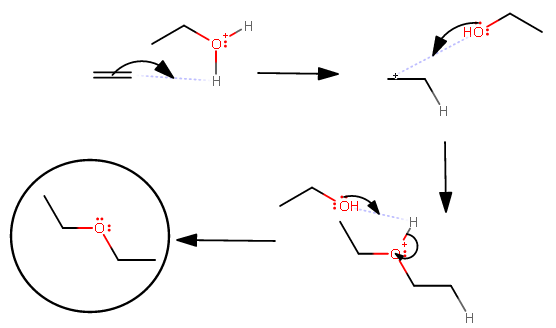 You can plainly see that the alcohol has to end up acting as the nucleophile, but tert-butanol...

...is too bulky and the reaction would take a very long time to proceed. The alcohol would have to move around slowly until it finds the right orientation with the cationic intermediate for the backside attack. By the time it finds the right orientation so that orbital blockage is not an interference, the good leaving group would have fallen off (no joke)---the water substituent on the protonated alcohol is not nearly as good of a base as a tertiary alkyl group would be (pKa of alkyl >> pKa of water).

tert-butanol is better off doing acid-base reactions at a high temperature, such as the first step in an elimination reaction.

700 views around the world