Here's how you could do that.

You can prepare phenylmethanol, , by reacting phenylmagnesium bromide, , with formaldehyde, .

The thing to remember about Grignard reagents is that they act as nucleophiles and attack electron-deficient carbon atoms, adding across the double bond.

You can think about this reaction as being an alkylation reaction, which is what you get when an alkyl group is being transferred between two molecules.

The difference in electronegativity between carbon and oxygen will result in a polar carbon - oxygen bond. The bonding electrons will spend more time surrounding the oxygen atom, which is why the carbon atom that's part of a carbony group is said to be electron-deficient.

After the Grignard reagents adds to this carbon, you have to hydrolyze the intermediate product in order to get the desired alcohol. 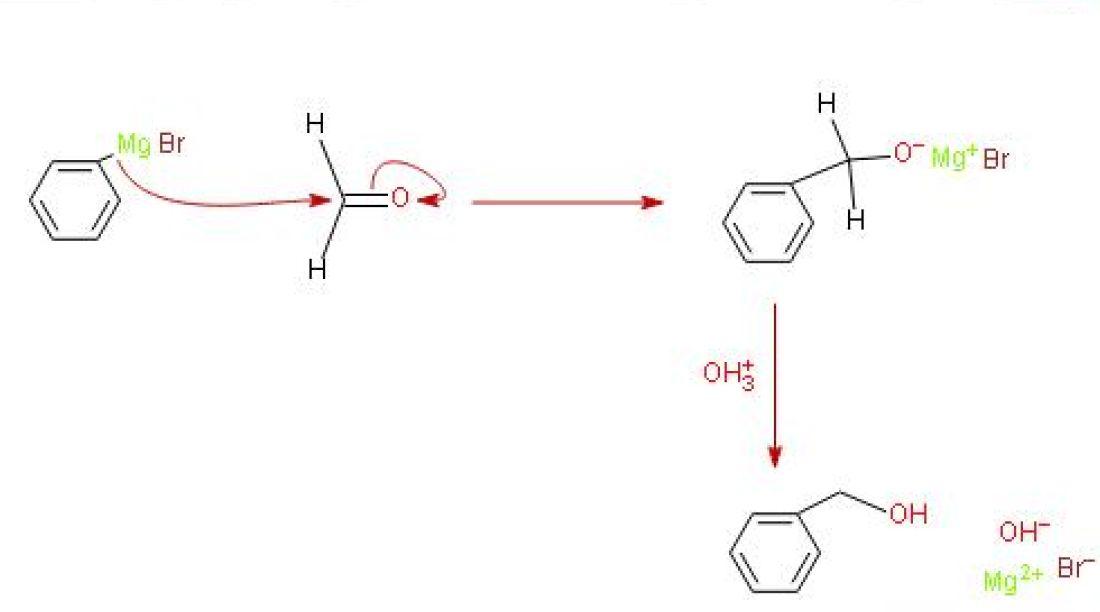 I used dilute acid, shown here as , to hydrolyze the intermediate product and convert to ions

874 views around the world