Complete the reaction: #HCN + 2H_2O -> ?# Also, how is oxamide prepared? What is the reaction for its preparation?

The full mechanism for a general nitrile is: 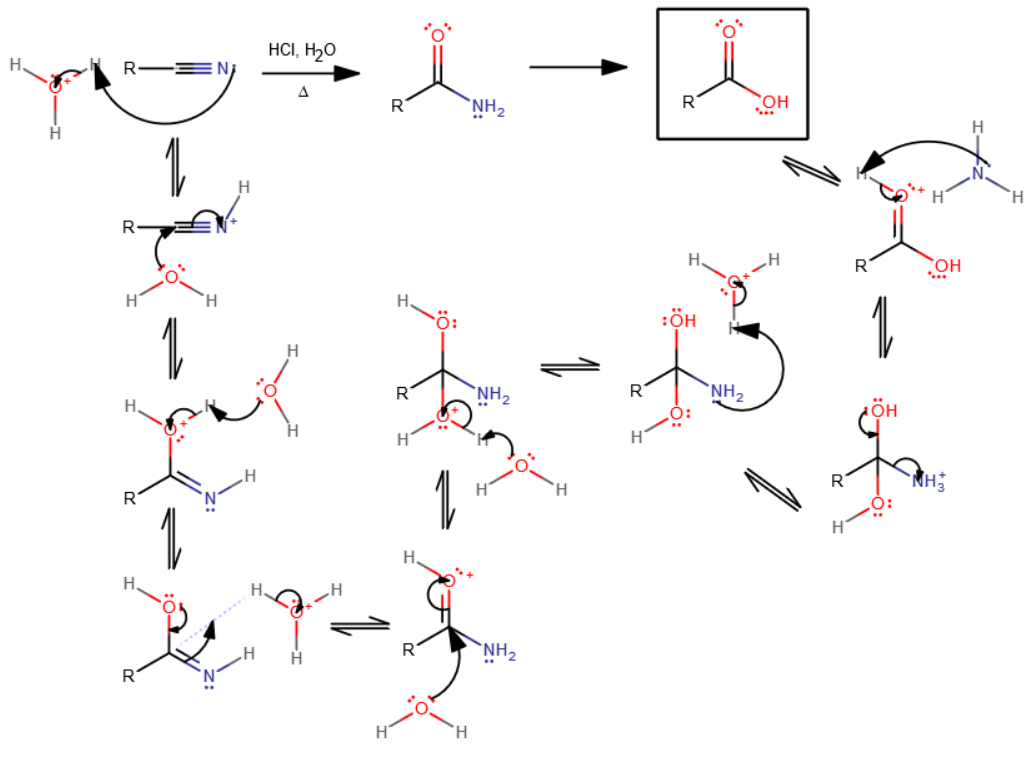 Oxamide is the amide form of oxalic acid. To make it theoretically, stop the acid-catalyzed hydrolysis reaction of cyanogen at the amide. I don't, however think that it's realistically easy.

1691 views around the world