Consider Diels-Alder reaction between two molecules of methylvinylketone.What product will be formed?

The Diels-Alder reagents will try to align in a benzene-like orientation to form a stable transition state.

Furthermore, the diene must be in an s-cis conformation to allow for favorable orbital overlap. Thus, the mechanism should look like this: 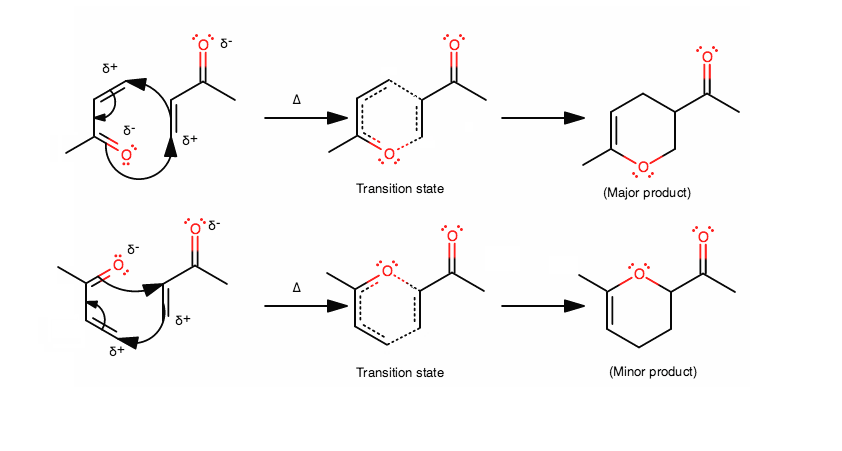 If you don't see why this is, try drawing resonance structures of the molecule, donating the carbon electrons towards the oxygen electrons, and you should see that the bottommost carbon is more electropositive than the oxygen.

In addition, the carbon is the atom that accepts electrons here in its antibonding orbital, not the oxygen; the oxygen is already withdrawing electrons, so it is more nucleophilic than electrophilic.