Write the overall reaction for reaction of methyl benzoate with excess phenyl magnesium brimide in ether, followed by H3O+. ???? 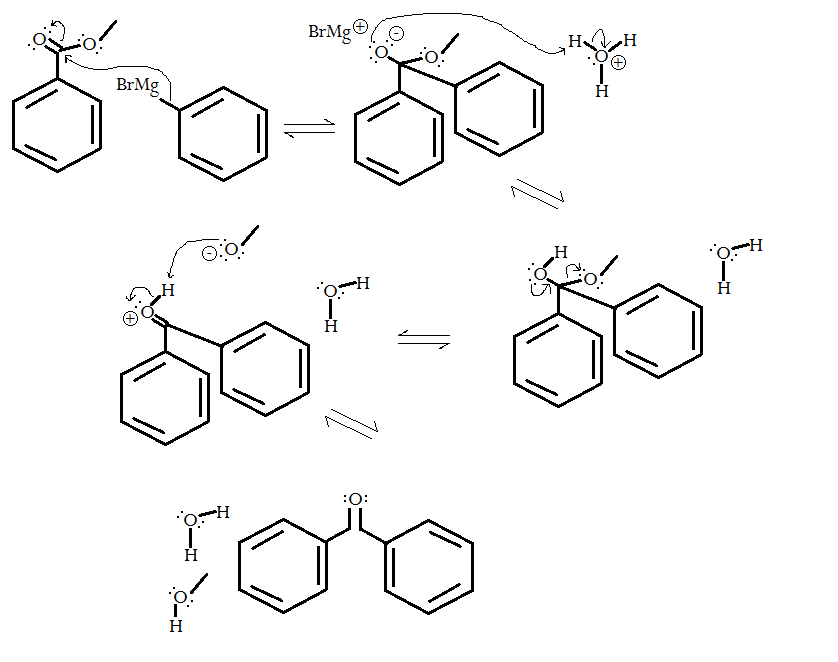 Your final product is triphenylmethanol.

6146 views around the world