What can I do to be able to spot synthesis intermediates and figure out steps more easily?

Not much, really. Mostly practice. Practice your reactions, get your mechanisms to muscle memory, and study with friends.

I can give you three practice examples though on how I would figure one out. 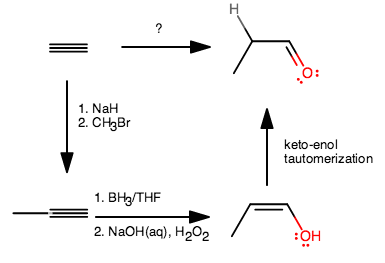 Here's how I went about it:

Of course, there is more than one way to do this synthesis, but that is one way. Maybe you can find another way? Perhaps involving the generation of that same acetylide anion and addition of the methyl, and then partial reduction of the alkyne, then hydroboration on it, and then oxidizing the result?

And two more examples you can work on to see if you can do them. Perhaps get back to me and see if you had the right idea. 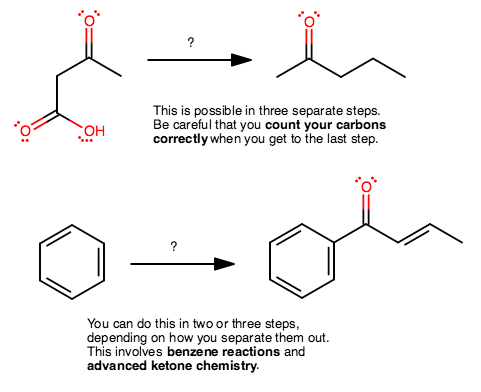 All I do is write out transformations that I know I have done before, and work towards the product step by step. Then I fill in the reactants later.

I would suggest that you do still work backwards, but don't make each individual step too complicated, and that should help you make the association more easily.

So if you wanted to do the problem with the -keto acid, think about what disappeared, and what's new.

On the last problem, why is that double bond there, how did the previous intermediate come to be, and how did the ketone group end up on the benzene ring?

487 views around the world