How do you represent electron orbitals through drawings?

Briefly, drawings reflect the probability density distribution for the wave function outputs for a specific orbital with quantum numbers and . They are called contour representations.

Each "drawing" is the probability density of the wave function for each respective sub-shell in a 3d plane. 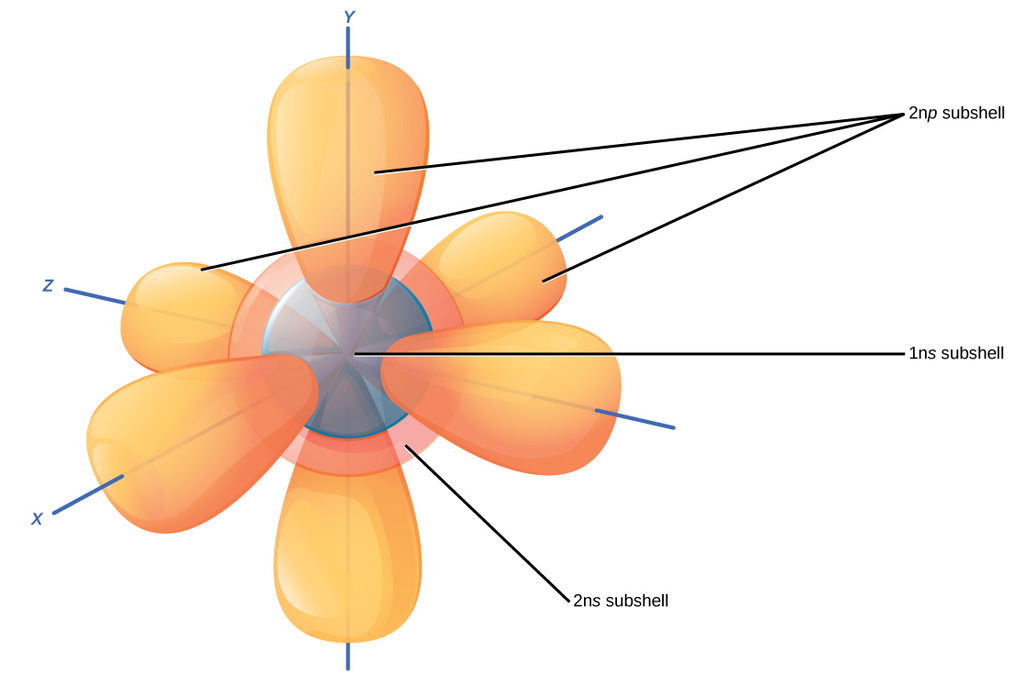 This picture at first seems like a giant, confusing mess. But let's tear it apart. It's merely the 1s, 2s, and 2p subshells for an atom. All of these are where electrons can be located in that atom, for instance this could be .

Each of these orbitals in an atom contain two electrons. On the first magnitude of distance from the nucleus (at the origin), we have the 1s subshell. Afterwards, we have the 2s subshell, with the 2p subshell containing 3 orbitals since . The probability density (e.g. how likely an electron will be somewhere) increases for p as we're further away from the nucleus, since the electrons in the s subshells will repel the p subshell electrons.

To extrapolate, a 3s subshell would merely be a sphere covering all of these orbitals, with two more electrons, and so on.

I assume you mean in an electron configuration, rather than an actual sketch of the orbitals. They could be represented through horizontal lines, and the electrons through arrows.

The orbital could be represented as:

When half-filled, it could be represented as:

Any other orbital can be represented in this way, and the higher up they are (relative to each other), the higher in energy they are.

Therefore, no two electrons can have the same spin in the same orbital.

1632 views around the world