What reagent should I use to complete the reaction? (Organic Chemistry 1)

I am having trouble with this part of my homework (been working on it for a couple of hours). The final exam is in a couple of days, so I really need to understand this too—not just looking for answers here...

Here is an image of the problem:

I think I have the first half figured out. The problem I am running into is the bottom left. It just seems like I need one more square to use PCC twice.

So how do I go from this: 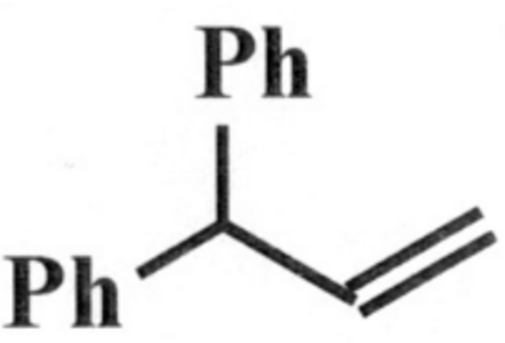 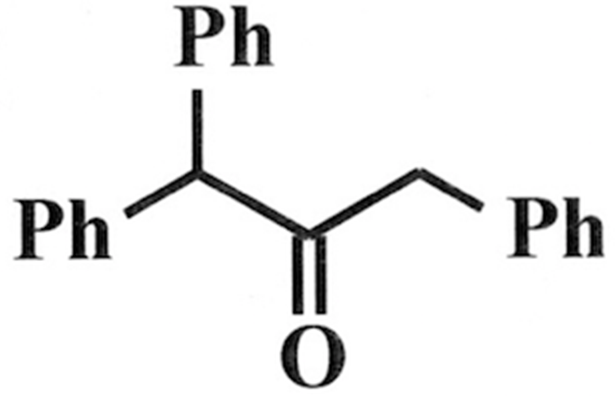 Here's what I got: 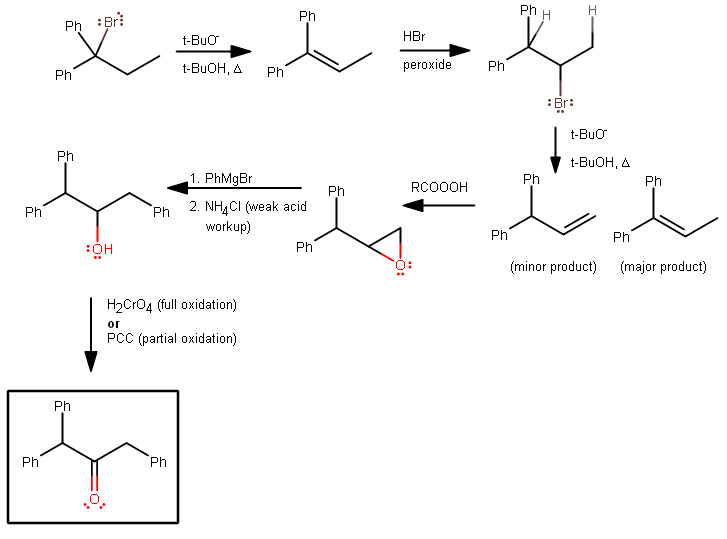 I'll look at the whole thing. Here's the synthesis skeleton you're looking to go through. 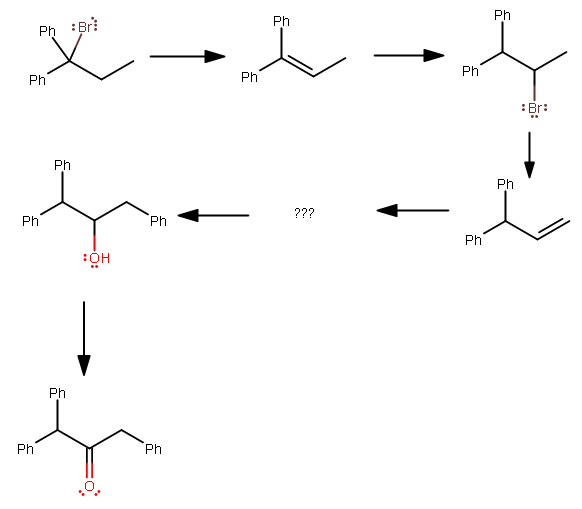 1) The first step is as you expected, which is an elimination of the proton from the middle carbon, which has the fewest protons, as Zaitsev's Rule suggests would be favorable.

NOTE: I haven't ever used for elimination, only for deprotonation of acetylene, so I'm not sure about that. You can use t-butoxide on high heat and that should definitely work.

2) You wanted to do peroxide-catalyzed hydrobromination here; that's OK, but your product due to step 2 generates what you want due to step 3 as the minor product.

You should mention that if you want to do it that way. It's not a great answer, but if you are aware that what you get due to step 3 is not the major product, it demonstrates more understanding.

3) Zaitsev's Rule again would apply here, and you would predict to eliminate the proton off of the left carbon since it has fewer protons, along with the bromine. That's your major product.

What you were hoping you'd get is actually your minor product.

4) Probably what you were expected to do is concerted epoxidation (one-step), using as your reactant.

Maybe read up a little on opening epoxides, as it may feel counterintuitive with acid (even if you feel you understand it, you should work towards a deeper understanding of it).

I think you were trying to do it in base, so that works out just fine. The ring opens, and you have to protonate the afterwards.

The reagent should have been , though, as you were missing a carbon on your alcohol and tried to make up for it by adding a in the Grignard reagent.

Next, I assume you were going for a weak acid workup, which is how it should be here (since you don't want to turn into , a good leaving group), but I would suggest as a specific weak acid to use in this scenario.

5) The last step is an oxidation like the hint says. PCC is fine, but not necessary.

Usually, pyridinium chlorochromate (PCC) is used for partial oxidation, such as for alcohols into aldehydes, but stopping without going one step further into carboxylic acids.

In this case, a ketone normally wouldn't oxidize further anyway (it lacks an -proton to eliminate, unlike alcohols, which have one on their hydroxyl carbon), so you can feel free to use and you'll still get the final result. :)

So in the end, your finished synthesis path becomes:

1651 views around the world