How many resonance structures can be drawn for ozone?

Ozone, or , has two major resonance structures that contribute equally to the overall hybrid structure of the molecule.

The total number of valence electrons the ozone molecule has is equal to 18 - 6 electrons from each oxygen atom. The two possible Lewis structures that can be drawn for ozone are

As a result, both structures will contribute equally to the overall hybrid structure of the molecule, which can be drawn like this

The hybrid structure, shown above on the right, will have two (-1/2) partial negative charges on two of the oxygen atoms and a positive (+1) charge on the third one.

The molecule's bond order, which represents the number of bonds between a pair of atoms, also supports the idea that the hybrid structure combines the two major resonance structures the ozone molecule has. As a result, the double bond between the three oxygen atoms will have significant single bond character.

These structures will be very minor contributors because, most importantly, both have an oxygen atom that lacks a full octet, and because there are fewer covalent bonds present compared with the other two structures, another factor that significantly decreases structure stability.

What is mass spectrometry (MS)?

Mass Spectroscopy (MS), in the most basic sense, is for tracing the fragmentation patterns of molecular ions in order to identify them. This tends to be more useful when coupled with other processes, such as Gas Chromatography and Liquid Chromatography.

MS has an interesting process by which we do the following (in a vacuum):

This is the essential process of Mass Spectroscopy.

Inject the sample via some method, such as the 30-ft long tube you use in Gas Chromatography (i.e. the GC is interfaced with MS and you have a GC-MS setup), for example.

Some sort of sample vaporization occurs so that you have a gaseous sample. This may be done with, perhaps, a coil with electric current flowing through it, or maybe a hot flame ( or so), for example.

Some sort of ionization occurs (which facilitates fragmentation), such as:

The point of having both soft and hard ionization is that soft ionization better-retains the parent peak during fragmentation, so that you can find the peak that corresponds to the molecular mass of the original ion.

The fragments are then accelerated into an electric and/or magnetic field for the purpose of separating it by a mass-to-charge ratio, . The ions then separate and then spiral towards some sort of collection surface that counts ions. This separation may be done with, for example, a quadrupole filter ("quadrupole" literally means "four [magnetic] poles").

The ions must reach a detector, such as a Faraday Plate or Faraday Cup. Behind it would be some sort of transducer to convert/encode the number of ions that are counted into a current that acts as a signal for a computer to read, so that it can generate some sort of display to give you your mass spectrum.

Why is the #C_6H_8# molecule different from benzene with respect to resonance?

Benzene has two important equivalent resonance contributors, while any other isomers have only one.

There are many molecules with the formula , but I suspect that you are thinking of hexa-1,3,5-triene or cyclohexa-1,3-diene

Benzene has two equivalent resonance contributors, neither of which involves the separation of charge. 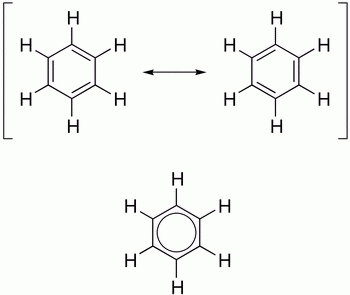 Hexa-1,3,5-triene has only one important resonance contributor.

Any other contributor we might draw has a separation of charge. For example, But it is still a "linear" diene.

Like hexa-1,3,5-triene, it has only one important resonance contributor, with any other contributors having separation of charge. 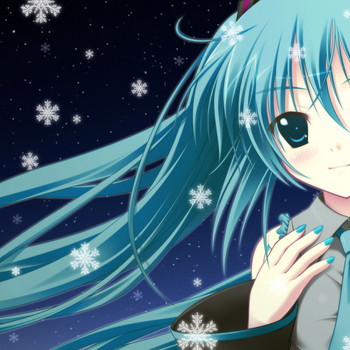 benzene does not have any double bonds

benzene or C6H6 does not have any double bonds. but instead it has bonds which falls between double and single bonds

The scientist Kekule proposed that benzene has two resonance structures which has three double bonds each. but later, according to the molecular orbital theory and hybridization, it was discovered that the real structure of benzene is almost similar to the resonance hybrid of the 'Kekule' structures. 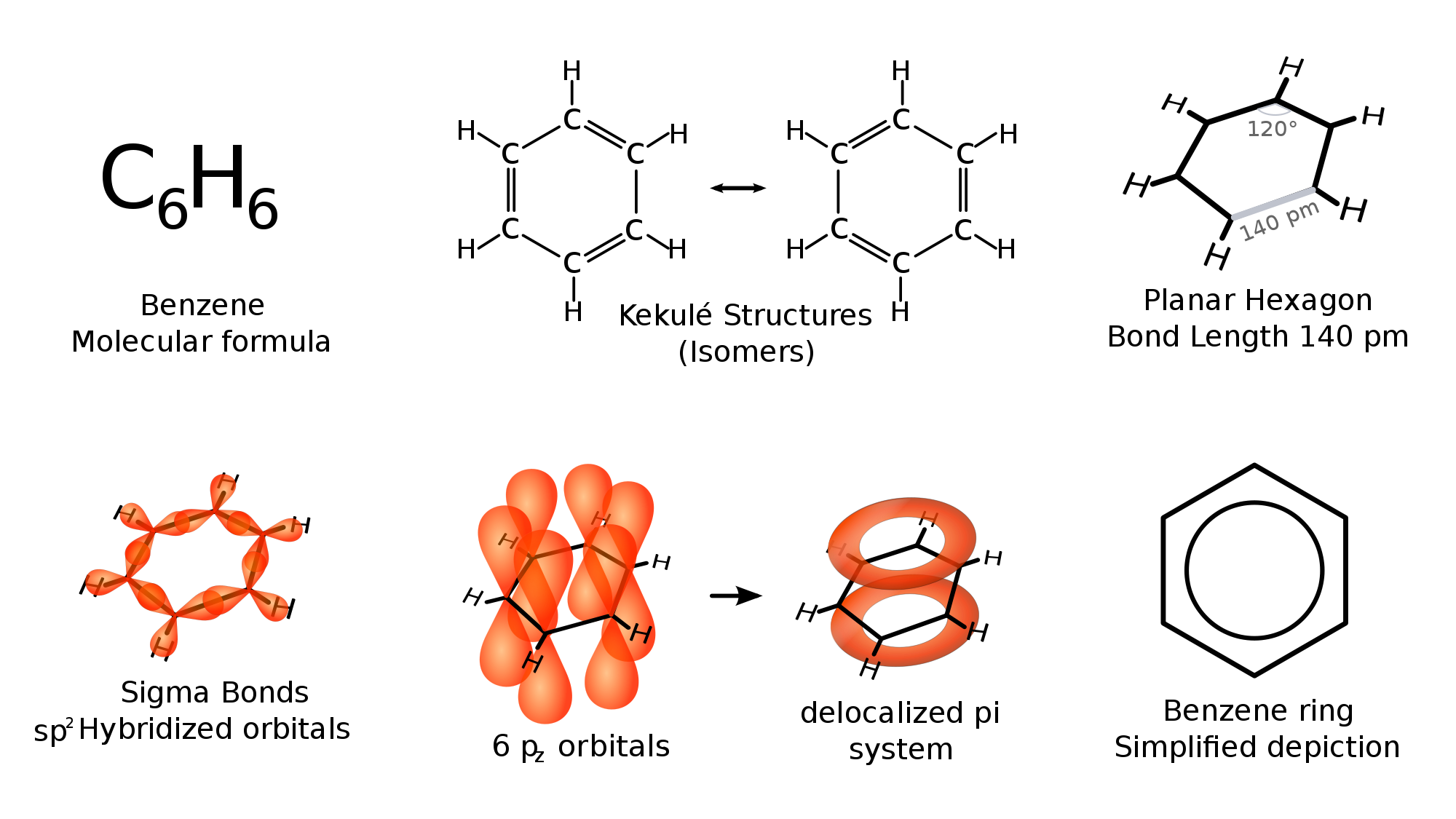 The configurations of each stereocentre is depicted in the scheme below:

(a):
1- Assign priorities by decreasing atomic number. For example, , and , the priority is respectively.

2- For both stereocentres the rotation is counter clockwise; therefore, their configurations are .

2- The hydrogen with priority 4 switch place with with priority 2. The rotation will be counter clockwise which means , but because of switching places between and the configuration becomes .

3- The rotation is counter clockwise with the lowest priority group facing backward, then the configuration is .

2- The lowest priority is in the plane and the highest priority is facing backward. These groups should switch positions and the rotation will be clockwise which means , but because of switching places between and the configuration becomes .

3- The lowest priority is in the plane and the highest priority is facing backward. These groups should switch positions and the rotation will be clockwise which means , but because of switching places between and the configuration becomes .

Here are two videos that explain in details how to label stereogenic centres R or S:

What are major resonance structures?

WHAT IS A MAJOR RESONANCE STRUCTURE? 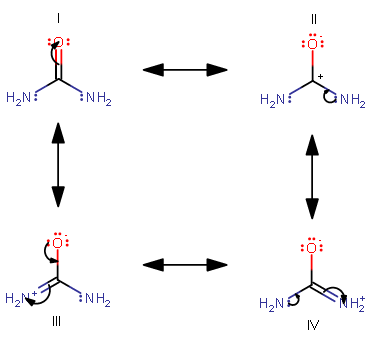 The curved arrows indicate the movement of electrons that lead to a new resonance contributor. We start at I and continuously move clockwise.

First, see how structures III and IV do not have minimized formal charges? Although there is net charge cancellation, nitrogen, being less electronegative than oxygen, tends less to pull electrons towards it; therefore, the major (most stable) resonance structure gives the most electron density to oxygen.

Also, notice how structures III and IV are actually identical; just reflect them along a vertical axis and they are the same. Those would be known as degenerate structures, i.e. structures that have the same energy as each other.

Finally, see how structure II leaves carbon without an octet? You may have learned that atoms prefer to satisfy the octet rule.

Because of a lack of that here, structure II is the most minor resonance contributor (least stable) of these four.

In the end, we have this spectrum of stabilities and resonance contributions:

How many stereoisomers are possible for 1,2-dichlorocyclopentane?

There are three stereoisomers for 1,2-dichlorocyclopentane.

and are chiral centres.

There are two chiral carbons, so the maximum number of stereoisomers is .

and are the same meso compound because they have an internal mirror plane passing through and the midpoint of the bond.

Hence there are only three stereoisomers of 1,2-dichlorocyclopentane.

Why is ether used as the solvent during Grignard reactions?

Ether is used as a solvent because it is aprotic and can solvate the magnesium ion.

A Grignard reaction involves the reaction of an alkyl (or aryl halide) with magnesium metal to form an alkylmagnesium halide.

Diethyl ether is an especially good solvent for the formation of Grignard reagents for two reasons.

(a) Ether is an aprotic solvent

The bond is highly polar:

The Grignard carbon is highly basic and reacts with the acidic protons of polar solvents like water to form an alkane.

Ether has no acidic protons, so Grignard reagents are stable in ether.

(b) Ether is a great solvating agent

The bond in a Grignard reagent is ionic: .

Hence, it is difficult to form a Grignard reagent in a nonpolar solvent.

The bond in an ether is quite polar, and the oxygen of the dipole can solvate and stabilize the ion.

What was the first demonstration of organic total synthesis?

In 1903, Komppa succeeded in synthesizing camphoric acid from diethyl oxalate and diethyl β,β-dimethylglutarate.

A few years earlier, Haller and Blanc had converted camphoric acid to camphor, so this constituted a total synthesis of camphor.

At the time, camphor was a scarce natural product with a worldwide demand.

Komppa realized this and began industrial production of camphor in 1907.

For the terminally curious, here's a summary of the steps.

Which is more highly regioselective: a reaction of an alkene with #BH_3# or with #9-BBN#?

is more regioselective in hydroboration of alkenes.

Hydroboration involves the addition of a bond to an alkene or alkyne.

It is often followed by oxidation with alkaline hydrogen peroxide to form an alcohol.

The reaction is regioselective, with the atom adding to the less substituted carbon ("anti-Markovnikov" addition).

The regioselectivity is enhanced if a bulky dialkylborane, , is the reagent.

In equations, it is often written as the blue shorthand symbol.

is highly regioselective in its addition to alkenes.

This sensitivity to steric effects arises because the rigid bicyclic structure prevents internal rotation to relieve steric hindrance in the transition state. 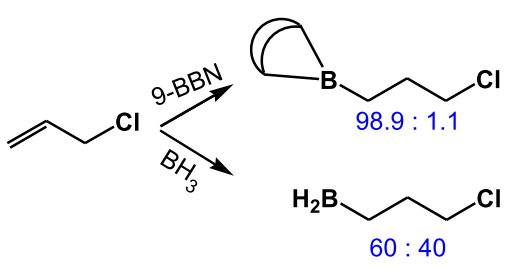 is a highly versatile dialkylborane. Most alkenes react with it within 1 h at the usual reaction temperatures of 60-80 °C.